I always liked telling stories. I still do. 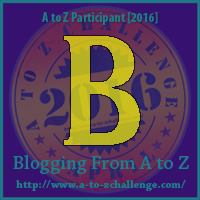 When I was little, I used to sing stories to my parents. I composed an epic tale about a man going to the store to get some skis, only to realize upon returning home, he’d forgotten poles. Oh, the horror. Luckily, a return trip to the ski store solved the dilemma. Poles were acquired, skiing commenced.

In my fractured memory, once I learned how to write, I began writing stories. It never mattered if they were any good, or if I had any talent, I just loved putting words on paper, creating narratives.

I still love that as well.

My father was a writer, wrote stories, (not in any professional setting, but that really doesn’t matter), and I wanted to be like him. It was a common theme in my early years- Following after my father. I always felt encouraged by him, and he often had time for reading my tales of adventure and science fiction. I even recall him commenting on my dialogue, saying something like “that sounds like something a space ship captain would say.”

Simple kindnesses often mean the most.

That sort of encouragement was crucial to my writing development. If he had been overly critical of my work, or dismissive, I may have stopped altogether. His enthusiasm and positive attitude inspired me. I have my father to thank for my love of writing, my desire to improve and learn.

Who was there for you at the beginning (of whatever, not necessarily writing)? Who was it said the right things, gave the correct advice, or offered that little incentive you needed to keep going? Have you thanked them? I know I don’t say it enough, those thank yous. I need to do better.

There are some who call me, Tim?
View all posts by Ryan Carty »
« Previous post
Next post »